He is known for his work in the bands Biffy Clyro, Marmaduke Duke, and also new band with Mike Vennart, Empire state bastard. 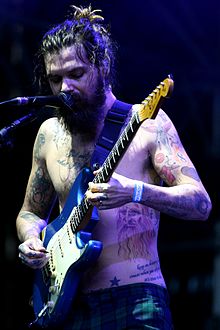 Born in Irvine, North Ayrshire, Scotland, Simon Neil formed Biffy Clyro in 1995 at 15 years old recruiting Kilmarnock-born Ben Johnston and someone known only as Barry on drums and bass respectively, calling themselves Skrewfish.[1] Barry was soon replaced by James Johnston, Ben's twin brother, and Biffy Clyro was effectively formed. In 1997, the trio moved to Glasgow, where Neil studied Electronics with Music at the University of Glasgow. He also Studied Film and TV for a year before leaving to pursue music full-time. By then, Simon's musical tastes had expanded; In 2000, the band were spotted at the Unsigned Bands stage at T in the Park by a Beggars Banquet representative. Soon after, the band was signed to the independent Beggar's Banquet.

Biffy Clyro have since released nine albums, signed to a major record label, and toured relentlessly. Neil has stated that Biffy Clyro lyrics often come from phrases he writes down in a notebook he keeps by his bed.

Neil plays with JP Reid of fellow Ayrshire group Sucioperro in Marmaduke Duke, under the pseudonym "The Atmosphere", which released their first album, The Magnificent Duke, in 2005.

It was announced in late 2008 that the Duke was to make a return in 2009 with the follow-up album and second in the trilogy, Duke Pandemonium. The first single from the second album, "Kid Gloves" was released on 9 February 2009.

Neil performs under the name ZZC. His debut single, "To the Bone", was used in the BBC's ‘Radio 1 Rescores: Drive (curated by Zane Lowe)’ project. In 2017, Neil released a 7-minute instrumental track entitled "The Myth" under the ZZC moniker. Two tracks from an unreleased ZZC solo album, "Plead" and "Fever Dream" were released on the 2019 Biffy Clyro soundtrack album Balance, Not Symmetry. 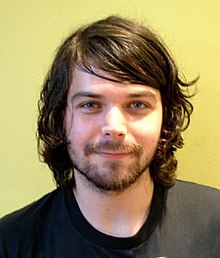 Neil lives in Ayr with his wife Francesca, whom he married at St. Columba Church in Ayr on 5 January 2008. The song "God Only Knows" by The Beach Boys was used for their first dance, and Neil has the song's chorus, "God only knows what I'd be without you", tattooed on his chest.[2]

The following is a list of musical equipment used by Simon Neil: